Whilst relentlessly peddling their peculiar brand of Lyric-Driven Dirt-Swing (an incomparable rendering of jive-smitten cabaret blues) Louis Barabbas & The Bedlam Six have captured the imaginations of every species of listenership – both at home and overseas.
Over the years they have won praise and support from the likes of Supergrass, The Mighty Boosh, Har Mar Superstar, UB40, Mark Steel, The Hell’s Angels, BBC Radio and even the Beat Poet biographer Barry Miles – both for their furious onstage energy and Louis’ manic lyrical gymnastics. This year they also topped BBC Manchester’s “Ones To Watch for 2012” list.
Their infamous live shows – incorporating rock, jazz, folk and theatre influences – have proved time and time again that the group is at home on any line-up, even sharing the bill with such disparate acts as Motorhead, Sun Ra’s Arkestra, I Am Kloot, Eliza Carthy, The Blockheads, Emmanuel Jal and The Buzzcocks. In the last year alone they have toured Europe, the States and Mexico, inspiring stage invasions, dancing in the aisles and a confused mixture of exhaustion and bonhomie wherever they go.
BBC6music called them “Excellent in EVERY way!”

Louis Barabbas and the Bedlam Six

You are invited to spend a Sunday Afternoon and Evening in the company of Beards, Real Beer and Louis Barabbas & the Bedlam Six. All are welcome.

Join us in the Spa Sun Court from 2pm for a Northern Beard Meet up and friendly Beard Competition organised by The British Beard Club.

There will also be Beer Tasting, Vintage Vinyl Records played on wind up Gramophone Players, Family Friendly Fun & Games and Prizes galore. Including prizes for best fake beard for those of you unable to grow your own. Fake beards can be made by yourself or purchased on the day with profits going to The Prostate Cancer Charity.

At 7pm the entertainment continues in The Spa Theatre with Beard Friendly band Louis Barabbas & the Bedlam Six. 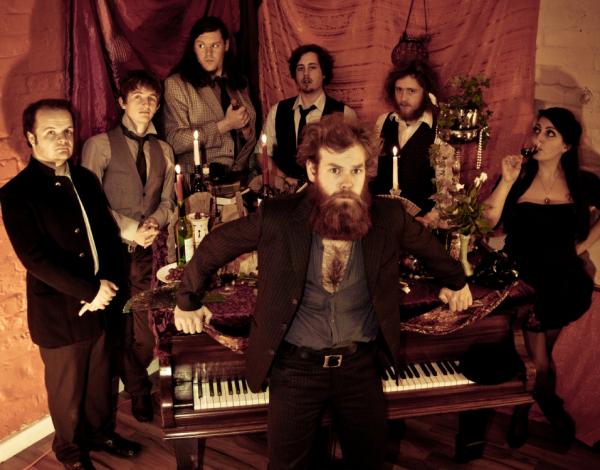